anecdotes: automatons, simulacra, stuck in the mirror with me

me and my selfie: on observations      definitions

Dorothy Clews, detail of an inverted, composted and stabilized tapestry

The Uncanny Valley—Between Awe and Fear

1/9/16    This week a court decided royalties for viral Monkey Selfie go to the human owner of the camera, who made the settings for the image. Sorry monkeys.

As a couple, we are at our best when something gets my attention and I start flinging out speculations about what might explain it; Pete pulls a factoid out of his Scientific American hat that fills in the chinks of my puzzle. He reads from Wikepedia, while I interrupt him with questions: does it fit my idea this way? —this way? and he feeds back until I am satisfied. Ours is a marriage of styles, a mirror win-win: I get a handle, a concept and context, and he gets to be THEE GUY.

We were talking about Science Fiction; he loves it because it is not real (but could somewhere, someday be so), and I hate it because it pretends to be real. From there, we went to popular Fantasy, and I was saying that animated “lovable monsters” go through extensive audience testing in the design phase because it is so difficult to create an image of something that is at once disquieting and empathic.  Pete said it’s similar in robotics, that people enjoy robots that look and act a little bit human, but if the robots bear too much likeness to humans, some  people experience revulsion. This effect is called the Uncanny Valley, a term going back to the 1970’s and I’d never heard of it. Out came the Smartphone, and while Pete searched, I visualized an elevation sketch of the Olduvai Gorge, where the Leakeys found objects on one of the slopes—objects with power to show who we are and who we are not, the bones of beings not-quite-human.

“The Uncanny Valley describes the extreme dip on the graph that occurs when comfort levels in response to increases in humanness of a robot are plotted.” Pete read, or something like that. It shows how much uncanny resemblance to humans real humans can tolerate. (See Definitions/ Uncanny Valley for a look at the graph.) 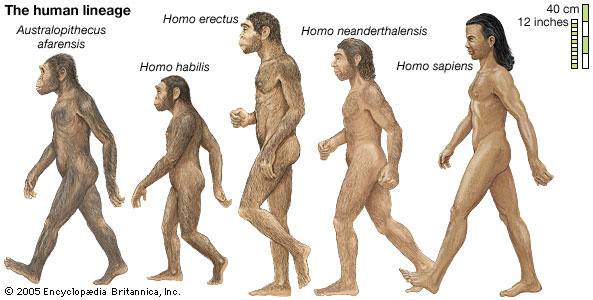 You can still see Neanderthals walking around—cave men—just look at their jutting foreheads and jaws, their lumbering gait—according to my high school history teacher. This was a guy who openly wept the day Spiro T. Agnew resigned the Vice Presidency.  Our science teachers would have counted him wrong: clearly we humans out-foxed the Neanderthals; the big guys died out; our females did not mate with them. But now, the record, enriched with genetic evidence, reveals that old Coach Haws, in a way was right—indeed they are us. Characteristics of our skin and hair, our bodily strength, and our resistance to pathogens come from Neanderthal ancestors. Repulsive they might have been—perhaps not so much in the dark—and their babies had better survival rates.

It is no coincidence that the idea of the uncanny comes from Psychology. A plausible leap suggests the curve of revulsion applies to human nature, as well as appearances. As long as the weird is recognizably not  us, we are fascinated, permitting a degree of “morbid” curiosity and thrill-by-terror. Enthusiasms for ghost

hunting, all manner of contrariness and general kinkiness are of the same ilk. Each of us has his own threshold of disbelief, but when belief ascends and a monsters’ realism is too much like our own being real, we run screaming. Following 19th century thought, which argued that patterns (symmetry) in nature evidence the existence and goodness (perfection) of God-the-Designer, we tend to designate selected pieces of nature “unnatural”, or “accidents” of nature. A more whole and useful response to nature might be to evolve an immune system, but the old habit of connecting and comparing nature with moral ideals persists, uncanny as it might seem looking back.

too much beauty still a pretty thing?

Whatever system of good and evil we ascribe to, the Uncanny Valley, which has been tested widely among demographic groups, shows that we really do like things created in our own image—so much so that our feelings about that image can cause strong dislike for deceptively close imitations. Human preference for faces having bilateral symmetry is well-known: hair stylists part our hair so it off-sets facial asymmetries, they say so we look more appealing. A truly symmetrical face is a rarity, and were we to see one, according to the theory of the Uncanny Valley, it might shave so close to perfection that we would find it suspicious, a “false face”, or unfeeling mannequin.

The term, model, in the sense of fashion model, describes an example used for demonstrating a product. A model’s selling power derives from a fusion of factors: her appearance, the product, the photographic strategy, and the authority associated with the image-making industry. Her beauty depends on how she fits in this picture, how the audience accepts her appearance as example, type, or ideal within an understood context. Her “look” has some of the properties of a symbol in that she can stand for, or be interchangeable with, or have projected onto her, something else which is communicated to viewers. Symmetry is an efficient concept of design; in nature symmetrical structures require the least energy to perform their functions. Similarly, bilateral symmetry in models would afford the neatest fit in varying photo-shoot scenarios and the widest appeal to viewers. The efficient, universally adaptive quality of mirror-symmetry helps make an ideal beauty ideal.

Still, strict formulas are probably not the be-all of human beauty. When children draw faces in symbolic style, before they refine their schemas or catch on to adult concerns for mathematical correctness, they don’t draw symmetrical faces. Mouths are invariably off-center, heads are on the lumpy side. We can speculate about whether children are thinking of reproducing geometric symmetry, but lack the motor skills to do it; whether, they draw their feelings about a subject with intentional accuracy, which we call expressive (I have a lumpy feeling about this lumpy-headed man) or whether a child’s intent is completely confounded by the crayon, the inferior tool she is given. The paradox remains: humans gravitate toward the bilateral, but our brains are bicameral, with each side controlling different functions. So, while a perfect circle is among the most efficient and recognizable shapes in nature, drawing one by hand and eye does not come naturally to us.

My mother can look like a child-drawn figure, except for her self-conscious symmetry. She has gotten thin, and she wears large black sunglasses that cover her prescription glasses. She wears her black coat collar turned up to her cheek bones. Recently diagnosed with Parkinson’s disease, she moves stiffly, and her neurologist refers to her “poker face”, which displeases her. Always particular about her appearance and concerned about the impression she makes, she dyes her hair dark and drives around town in her pristine Buick Regal. One day she drove right past me, and made an impression: I thought, “A movie star? here?” Oh God, it was Mom—Is this how a movie star looks, dramatic in contrasts, with over-sized, geometric features? Straight as a board and under glass? I had come close to teetering into the divide of the Uncanny Valley.

Beauty, as an ideal, is devoid of asymmetries, those identifying features that make real humans endearing to one another. If the honeybee, with its poor eyesight, relies on a blossom’s symmetry to distinguish, and thereby pollinate the flower, perhaps humans, with our excellent eyesight, rely on deviations in patterns to help us identify the familiar face within our crowded brains. When beauty draws a blank, it can be traumatic, like that morning I didn’t recognize my childhood friend who had, at the age of 60, been to the dentist and gotten his dead front tooth capped. When I figured it out, I felt like a little child reacting to a Halloween mask, and I wanted to yell: “Put it back!”

Striving for Intimacy—Art and Originality

The allure of symmetry, of seeking a lost twin, of finding one’s soul mate, of the intricacies of reassembling past lives—these are evidence of the human need for connection. Our drive to be understood and accepted is essential to our survival, and in balance, the survival of the group depends on our desire to understand and accept others. I recall my frustration as a “talkative” child striving to be understood, learning through serial blunders that I was responsible for hearing my words the way others did. Words unleashed on the playground are not forgiving; reading “between the lines” makes things worse. Getting into the mind of a listener requires maturity; for kids, a more workable tactic is often just to get under the skin.

Non-verbal endeavors of self-discovery thrive among teenagers who choose a style, from Goth to Goody-two-shoes, and model it to the nines. The energy expended on constructing and tweeking one’s image in the adopted type is more or less Sisyphean. No matter how flawlessly you craft your look, your parents still see you differently and insist on reading your signals differently from your intent. It is almost impossible to be understood, to create an image that mirrors self accurately. Even friends who accept the image, and still see the lovable you inside your new monster, might later imprison you there when you want to grow out. Your project is as doomed as it is necessary to growing up. And here, many people give up on self-discovery. “Take me or leave me”, “I yam what I yam”, and later in life, “been there, done that” can be justifications for self-defeat.

For artists, it is different. The adolescent struggle with self-knowledge is a life-long project: to numb the process of self-discovery is to cut off the flow that nourishes creativity. It is a delicate matter and many artists are rightly protective of it.  But its ways are imperative. The effort of digging one’s self out from the intra-cranial maze for a gander in fresh air is seminal to the process of articulating in an original, authentic voice. Art takes form from the self, and when it succeeds, its reach is beyond the scope of  individual consciousness. In varying ways, artists create in awareness of the responsibility this implies.

post-modernism and the queazy era—

If there is a division between craft and art, it could partly be explained by the societal role of multiples. According to Baudrillard’s concept of simulacra (things which are similar to each other or to an original), the ideal of technical mastery (craft) would apply to the skilled repetition of making, which falls into his 2nd historic order of simulacra, the modern-industrial.

From art, we expect originality; the hand of the artist and skills of making express original thinking. Contemporary artists who are dedicated to ancient hand technologies as means for expressing original, personal perspectives belong to Baudrillard’s pre-modern, or 1st order, yet we live in the 3rd—the post-industrial order where originals, at least digital ones, do not “exist”, at least not in our familiar sensory world. And it can feel uncomfortable. This does not necessarily mean we are anachronisms, but it could explain why we feel tasked with impacting the times we live in under a perception of urgency.

Thank you to Christine Laffer for her contributions in developing this project.

2 thoughts on “the uncanny valley and striving for intimacy”