Some family Selfies beg another look. A radiant Donna Reed mom poses, adeptly blocking those curves unflattering from the camera’s view, a clump of teens appears mildly disgruntled, and hubby slumps in between as human buffer. It is clear who is into the family Christmas Selfie.

We use the technology of Selfies to show ourselves. And Selfies show us how showing creeps up on projecting, in the same way self-image can’t shake off self-consciousness. A Selfie records an attempt at capturing the envisioned self; the humanizing quality of the attempt is  one of the things about Selfies that give them value. This is why, as Christmases elapse, our contrived presentations get smoother, nearer to media ideals. While our families, perhaps, show themselves more unwilling to sit in as props. There are only so many things an enthusiast can project, let alone control: a teenager’s facial expression is not one of them.

Is engineering a persona the same as searching for the self?  When the self is defined by how it is seen by others, the two might be running neck and neck.  There are risks involved in sending one’s Selfie into the Internet maelstrom; control flies out of the picture. If the maker-sender believes that the net holds an audience waiting to receive, respond, react and judge— some other that acts like a human— how likely is it that her Selfie is unconsidered, raw? Illadvised, perhaps— but not unconsidered. Christine asks, Do we risk dehumanizing ourselves when we permit others to define us?  I’ll add, Do we risk dehumanizing ourselves when we project how we think others should see us?  And what about the humanity of the beholder? And the integrity of our relationships?

Another possibility is that the photo Selfie has no audience in the usual sense; the other is anonymous, numberless, timeless and, for practical purposes, random. For some, the Selfie phenomenon only exists because of this perception of a depersonalized audience. It holds the possibility of making a statement of self without other, and implies a maker’s personal freedom to de-select and redraw her  orbits of inclusion— to pursue individualism to its rationalized extremes.  In this context, a maker who sends off her Selfie at large might risk as little as a flash of personal indignity, yet the rewarding rush might be as great as a brush-with-death high-dive. Or so it might be fun to imagine. How can we know the full effects of self-elected indignity upon an individual psyche, let alone the collective psyche, in an environment of potentially infinite, deathless reiterations? We generally accept that in history trends have effects: it might be worth a look at whether the Selfie only reflects what we already know, or, beyond the technology, is telling us anything new. 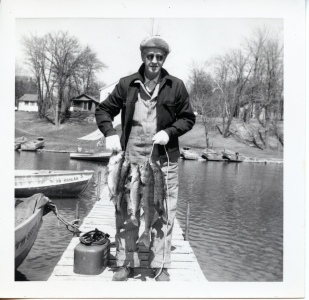 next: automatons, simulacra, stuck in the mirror, definitions, the uncanny valley, symmetries—why weave?